Fonte: Heavy as a Lifestile

One of the greatest bands in the history of heavy metal music, Oregon-based band Agalloch is extremely difficult to categorize. There are so many different elements of so many different styles and sub genres of music that they are impossible to pigeonhole. Are they post-black metal? Just simply post-metal? Progressive metal? Doom? Folk? I suppose the right answer is all of them. But even more simply put, Agalloch is their own sound. And their sound grew, adapted, and changed over the course of their career until their unfortunate split in 2016. Below I have ranked their albums as best I could, from their all-time greatest work to their “not-quite-all-time-greatest-but-still-damn-good”. Feel free to post a comment with your rankings or opinions on mine. And here we go… 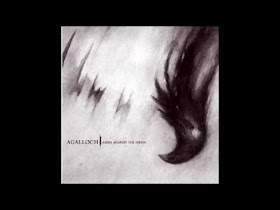 With the pressure to succeed sky high following the release of two critically acclaimed records to begin their career as a band, Agalloch came out swinging and hit a home run with their third full-length studio album “Ashes Against the Grain”. After softening their approach on the previous release “The Mantle” to practically universal acclaim and accolades, Agalloch brought a lot of the black metal influence back while still maintaining a feel for their introspective, melancholic side.
“Limbs” begins with high pitched effects-laden guitar setting the tone before distorted guitar riffs break through, melodic and powerful, the band clearly aiming for the heartstrings right away. Then “Falling Snow” comes in with an excellent melodic intro that bounces and soars until it comes crashing down into some heavy guitar chords and aggressive drumming that is once again all about the feel of the music. There are few bands that pull that off as well as Agalloch does. “Not Unlike the Waves” is a hypnotic blend of black metal, doom, and post rock, inching its way through a mesmerizing collection of droning riffs that are stretched to their farthest lengths to get the most out of every note. Then there’s the three-part “Our Fortress Is Burning” which is mostly instrumental save for the second part. The band get really experimental without the limitations of having to fit vocals around the music, tapping into dark ambient and industrial type atmospheres. “Ashes Against the Grain” is nothing short of a wondrous masterpiece, captivating and creative, exploratory and ethereal.
2.  THE SERPENT & THE SPHERE (2014) 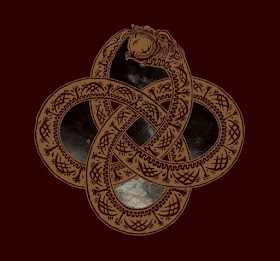 So we’ve reached the second ranked album by Agalloch and you are probably wondering where the hell is “The Mantle”? Their most acclaimed and celebrated record doesn’t even make your top two? Nope. I am following exactly my own opinions and taking absolutely no other rankings or critical acclaim into account. And for my money “The Serpent & the Sphere” is a vastly underrated work of art and the second best of all of this band’s creations. “Birth and Death of the Pillars of Creation” is second only to “Limbs” as the best opening track to an album. It begins with a pair of notes repeated over and over again until finally the rest of the band lays down a thick blanket of descending chords and cascading drums. Haughm unleashes the best harsh vocal performance of his career over plodding but meticulously crafted doom. “The Astral Dialogue” carries on with the doom metal vibe with a weighty riff and sparse, hard hitting drums before it falls into stride and eventually picks things up to a brisk pace with some well placed double bass and tremolo guitars. “Dark Matter Gods” settles into a jazz section right off the bat before bringing things to a more deeply introspective level with the low register melodicism and powerfully cautious pace. “The Serpent & the Sphere” is Agalloch showcasing everything they’re good at, and let’s just say it’s a long list. It’s the band at their most precise, and perhaps that’s what turned some people off of it. They knew what to expect and where the songs were going but news flash : that doesn’t make it any less of a great record. “Celestial Effigy” is a beautiful mixture of neofolk and post rock with gorgeous ambience and deeply contemplative textures of sounds and feelings. “Plateau of the Ages” is haunting and dark but not in the “black metal” sense of the word, it’s a sense of loneliness and isolation that the music itself conveys and it’s what Agalloch have always been so damn good at. I will never understand why this album isn’t widely viewed as one of their finest achievements. Because make no mistake, it is.
3. PALE FOLKLORE (1999) 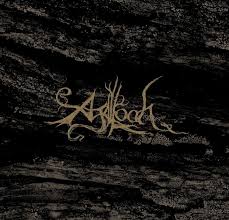 There is a sense of the sounds of nature in the dead of winter that this album conveys that is truly remarkable. If we’re talking strength of the guitar riffs alone, “Pale Folklore” easily wins that battle in my mind. The compositions actually remind me of early “Orchid” or “Morningrise”-era Opeth, perhaps not so much in how they sound but in the production and atmosphere especially. This sounds like a band hungry and determined as well as confident enough to take risks and believe in staying true to their vision.
The first three tracks are part of a trilogy called “She Painted Fire Across the Skyline”. The first part opens with the sound of a cold wind howling and the music that follows is enchanting and melody driven and perfectly captures the feel of a windy winter night on a snow covered cabin up in the mountains. The second part is a moment of transition as it picks up one of the best riffs on the entire record and stretches it out and plays with the ways they utilize it before the third part kicks it into high gear. Haughm’s raspy screams come in with a wave of multilayered guitars and an excellent chord progression that just fits. The third section reminds us that Agalloch was once deeply rooted in black metal before they explored other musical adventures across the spectrum. There’s an instrumental track “The Misshapen Steed” written by keyboardist Shane Breyer which feels heavily influenced by the ambient keyboard sections used by Burzum in the early days. “Hallways of Enchanted Ebony” is possibly the best overall track on “Pale Folklore”, it is a stunning melodic black metal demonstration as though seen through the eyes of a 90s rock band. It doesn’t sound like it should work, but it works to perfection. Pretty much like the rest of the album. The album’s finale is truly grand, as “The Melancholy Spirit” features one of their all-time greatest riffs, a frantically picked guitar line that sounds quite unlike anything other bands were doing at the time but later became one of their trademarks.
4. THE MANTLE (2002) 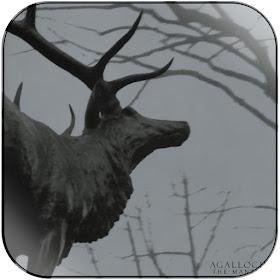 Ok guys, here it is. “The Mantle” makes the list at number four. I am sure there will be plenty of controversy surrounding its placement in my rankings but I simply couldn’t justify putting it ahead of the three albums that come before it. This is by no means anywhere close to being a bad album, in fact it’s another masterpiece in this band’s incredible catalogue. “In the Shadow of Our Pale Companion” is on a short list of best Agalloch songs ever. It stretches just past the 14-minute mark and is never anything less than captivating for the entire runtime. Haughm’s guitar playing is significantly advanced past “Pale Folklore” as he is able to add atmospheric flourishes that further enhance the emotional experience of the song. He uses different effects pedals and playing techniques to alter the dynamics while switching tempos or transitioning into new segments. “I Am the Wooden Doors” has some double bass drumming and tremolo picked guitar riffs in the intro, and it’s something you don’t hear enough of on this record. The post-rock material sounds great and fits the band well, but the black metal influence is what gave it more character and it’s very noticeable when missing. There are plenty of moments of striking brilliance, including a beautiful acoustic  harmony between both guitarists, but it is the beginning of a trend that somewhat plagues the second half of the record. “The Lodge” is one of three instrumentals, and is the best of the lot. Simple acoustic strumming is the backdrop for washes of atmosphere and some glorious moments of creativity but “You Were But A Ghost In My Arms”  plays itself out by repeating the formula of soaking the whole thing in reverb and layers of shoegaze influence. This is a good album, possibly a great one. But among the Agalloch collection it is near the bottom of the list.
6. MARROW OF THE SPIRIT (2010) 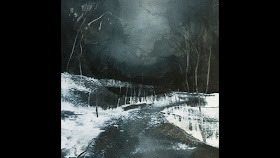 A beloved release by the majority of the people who listen, I am actually surprised a bit by my neutrality to its contents. It’s easily the heaviest overall album and uses strings and orchestration far more than the others as well. Blast beats, deeper and darker tone and far more shrieks than singing should have had it contending for top spot but instead we find it here. Once again, like “The Mantle”, it has so many great moments it would be foolish to write it off completely. It deserves recognition absolutely, but perhaps it gets more of that than it earns. On an album with just six tracks an instrumental comprised of the sound of a babbling stream and brief sad strings seems like time that could have been utilized better. “Into the Painted Grey” is full on metal and if infused with the lighter moments of “The Mantle” has the potential to be the best of them all. But it feels more like one side of a coin at one point, and another at a different point. The cohesion is lacking. It’s forgivable of course, as nobody is perfect. But “The Watcher’s Monolith” and “The Ghost Of Midwinter Fires” are very strong as standalone tracks but get lost in the context of the album by the end.
Download WordPress Themes
Free Download WordPress Themes
Free Download WordPress Themes
Download Premium WordPress Themes Free
udemy free download
download mobile firmware
Download Premium WordPress Themes Free
lynda course free download

The Epic Story of The Birth of Black Sabbath